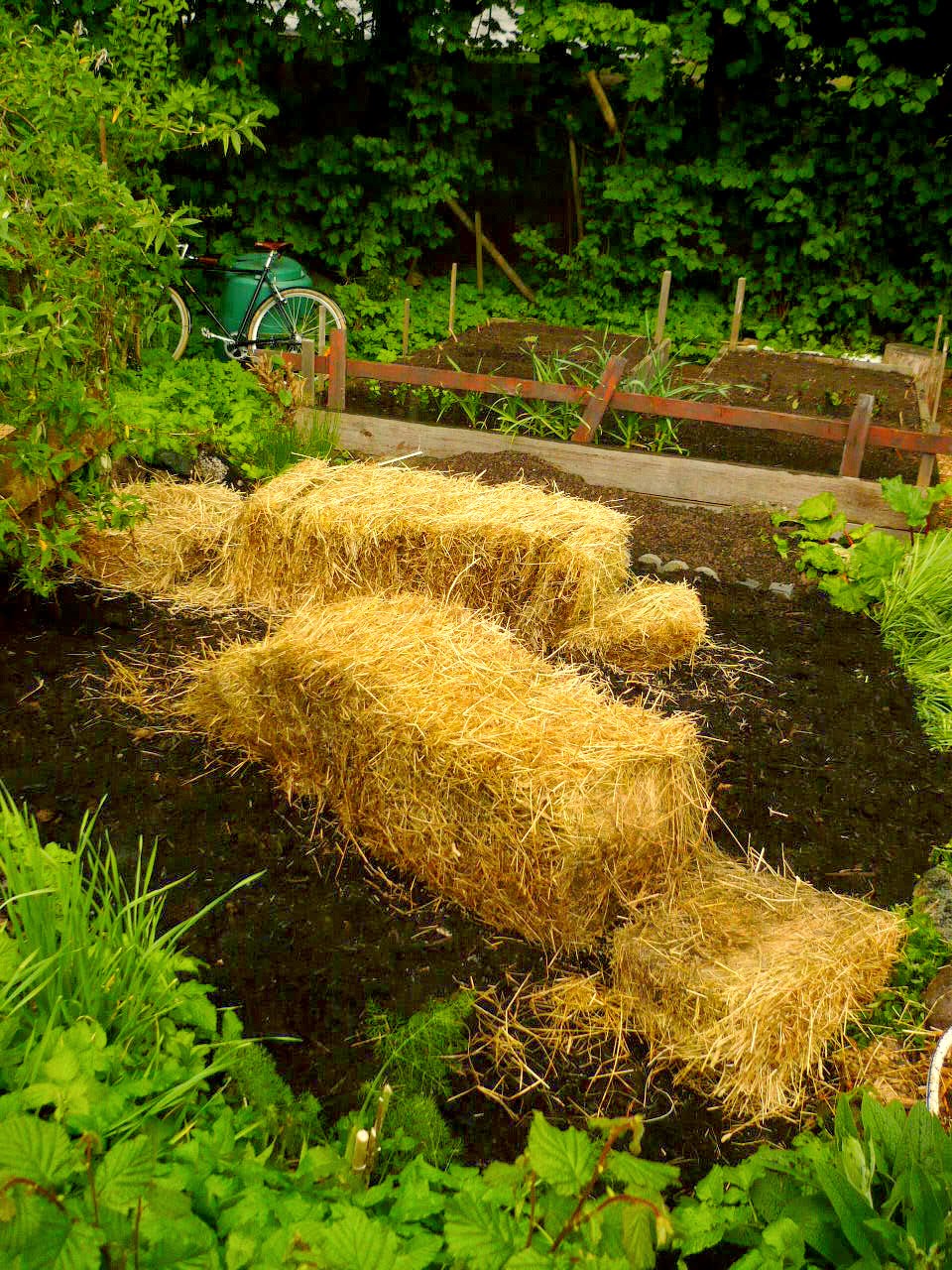 Join us in welcoming Spring with an assortment of great activities, both indoors and out. Thursday, March 19th sees the Canadian Premiere of One River, Many Relations and marks the start of the 14th Annual Just Film Festival. In this issue, you'll also find information about Neighbourhood Small Grants. Offered once a year, these grants are perfect for that little neighbourhood project you've been wanting to do.

At Village, it's full steam ahead with our collaborative permaculture and other gardening projects -- new participants are welcome, and you can find out more below -- while in Transition News, we highlight Transition Mission, an emerging and exciting new Transition Initiative.

As always, there's lots of volunteer opportunities, including room for more volunteers at the Film Festival, and lots of fantastic workshops and other invigorating activities listed in Upcoming Events.

Join the Village Vancouver Transition Society! The membership fee is based on a sliding scale (suggested dues are $25) and it helps us develop this Village and its community. Your annual membership will make our movement even stronger! It's easy to join here.

Get ready to have your horizons broadened. The 2015 Just Film Festival arrives in Vancouver the weekend of March 20-22 with the Opening Gala Canadian premiere of One River, Many Relations screening March 19th at the Rio Theatre.

It's films like this that coordinator Erin Mullan gets excited about, because she can talk to people about the films and their reactions to it.

“The great thing about the Just Film Festival is we can tell stories that aren’t in the mainstream media,” said Mullan.

Told from a First Nations perspective, One River, Many Relations shares the story of the people of the Peace-Athabasca Delta, who live downstream from the Alberta oil sands, and whose voices have been excluded from the oil sands debate. “Resistencia”, the Friday night opening feature, is a film documenting how the coup in Honduras was resisted by 2000 farming families who occupied prime farming land.

Village Vancouver is partnering with the Just Film Festival to sponsor the Food and Farming Film Series again. This year, we’ve invited a number of our fellow members in the Vancouver Neighbourhood Food Network to co-host the films:

“The big strength of the Just Film Festival is people can get together to watch these films, then talk about it, instead of being in isolation.”

For more information about the film schedule, locations, ticket prices or to volunteer, check out Village Vancouver's Events pages or the Just Film Festival website. 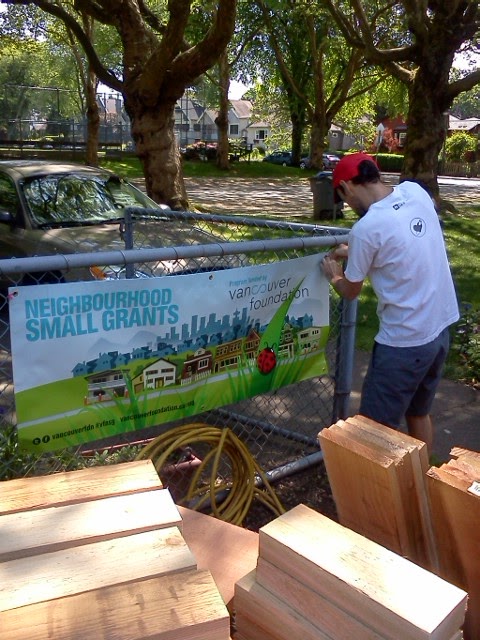 Created by the Vancouver Foundation in 1999, the Neighbourhood Small Grants Program supports ideas that connect and engage residents in their community to strengthen their own neighbourhood.

In the past few years, VVers have applied for and received dozens of grants. Past projects have included neighbourhood block parties, permaculture in pots and planters, emergency preparedness workshops, neighbourhood exchange-a-book boxes, bike tune-up workshops, community gardening, and much more.

Start thinking of projects you might want to organize for your neighbourhood’s grants, up to $500 (with some grants up to $1000). Be creative! Be collaborative!

The grants are easy to write, and the deadline is March 31st. Apply for yours today! And if you're looking for someone in your neighbourhood to collaborate with, let us know and we'll see if we can connect you with another Villager.

Permaculture and other Village Gardening Activities 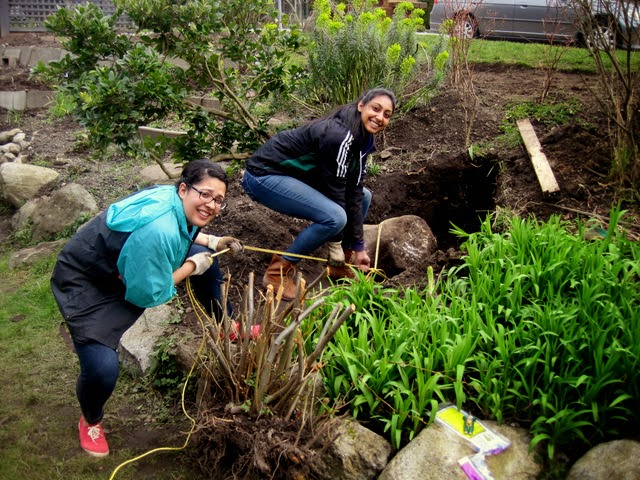 New participants are welcome to join us at one of our three (almost) weekly gardening parties in Kits and Strathcona. No experience necessary - we teach you! For more information, please contact Ross at ross@villagevancouver.ca.

Be The Change Action Circle is hosting a meeting March 28th in Mission with the goal of starting a Transition Town Initiative there.

Organizer Gillian Hartz hopes to spur interest in creating a Transition Mission group with a panel discussion that includes Ross Moster from Village Vancouver and Gerry Pinel from Golden Ears Transition Initiative (GETI) in Maple Ridge. Hartz has also invited leaders of other local community activists in the areas of food security, local economy and youth services to participate.

“We think that having this mix of people with Transition experience in other communities and local activists who know Mission and its people well, we can stimulate a lively discussion,” said Hartz.

Hartz feels that Mission, like all communities, is dependent on fossil fuels and we all contribute to climate change with our current lifestyles. A Transition Town Initiative addresses both of these issues while building community.

“Our goal will be to excite people about Transition projects with other incentives – building community, helping neighbours, having fun, etc. and hoping that the result, as a by-product, will be reduced reliance on fossil fuels and a reduced carbon footprint,” said Hartz.

Hartz says that since Mission is a bedroom community, most people have a long commute to work. Although many take the West Coast Express, many others must rely on their cars. 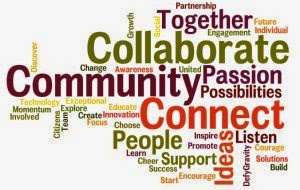 “Because Mission is a small town, there is currently very limited public transit within town and between Mission and nearby communities. And because we are located on the side of a hill, cycling is the domain of only the most fit and enthusiastic. Because of these factors, transportation is the source of a huge portion of our carbon emissions.”

Food security in the form of more local agriculture, and farmer's markets, as well as a focus on growing the local economy, are other issues the group hopes to address.

“The fact that so many people work outside Mission means that they often also shop elsewhere, which is an impediment to a local economy,” said Hartz.

Transition Mission has been a now a “mulling group” since September 30th. The March 28th meeting will be held 2 - 4 pm at the Mission Leisure Centre.

March 1 - 15: Village is looking for additional Board members

March 15: Deadline for applying for Village Vancouver Board of Directors

March 19 - 22: Just Film Festival. Films include: One River Many Relations; Resistencia; Koch Brothers Exposed; The Voice of the Seeds; Tribal Canoe Journey; Reaching Blue: Finding Hope Beneath the Surface; Growing People; Coastal Tar Sands: Journey to Deleted Islands; Food Stamped; Connected by Coffee; The Revolutionary Optimists; Open Sesame: The Story of Seeds; Above All Else; Soft Vengeance: Albie Sachs and the New South Africa; Marmato; DamNation; Just Eat It: A Food Waste Story; Huicholes: The Last Peyote Guardians; Uyghurs: Prisoners of the Absurd; The Man Who Stopped the Desert; Abalini; Becoming Bulletproof; A Dangerous Game; Shameless Propaganda; Vessel; Where Should the Birds Fly; Ady Gasy; Alive Inside; Everything Will Be; On the Side of the Road; American Revolutionary: The Evolution of Grace Lee Boggs.
Rio Theatre, Langara College.

Stay Updated on Upcoming Events
The most up-to-date calendar of upcoming events!

Join the Village Vancouver Transition Society! The membership fee is based on a sliding scale (suggested dues are $25) and it helps us develop this Village and its community. Your annual membership will make our movement even stronger! It's easy to join here.

Visit us online at www.villagevancouver.ca

Check our Facebook page for job postings and news

· Attend an event – Village Vancouver and member of the VV community put on an amazing array of events each month, ranging from workshops to discussion circles and potlucks. During the pandemic and in accordance with BC COVID safety protocols, we are hosting most of our events online! Check out our Events page frequently for details! You can also check eventbrite for any upcoming programs!

· Host an event – we’re always looking for places to host workshops – email us at events@villagevancouver.ca if you’d like to host a workshop.

· Volunteer! We are a people-powered organization. Due to COVID-19, volunteers are working remotely from home. If you are interested in working from home, or working on the many gardens we have, let us know! Click here to find out about some of the volunteer opportunities that are available, or write to us to find out how to connect with a particular project.

· Got an idea? Start a new project or group! Write to us to find out how we can support you!

· Get involved with your neighbourhood village –check out the list by clicking here!

Send us your submissions!

The Village Vancouver Newsletter is your forum for all things Transition in Vancouver and the Lower Mainland. We want this to be a place for inspiration, where people can share their stories about people and projects that are helping to build a positive, resilient and sustainable future in the region.

Please send your articles, photos, ideas, stories and anything else you'd like to share to newsletter@villagevancouver.ca by the 24th of the month in order to ensure that they can be published in the following month’s newsletter.

Our Editorial Team:
Sarah Al-samak
Stephanie Shulhan
Ross Moster
Why not join us? Write to newsletter@villagevancouver.ca if you've got a Transition journalist, editor or columnist itching to emerge!

If you’d like to lend a hand now and then, or on a more regular basis, please fill out this short questionnaire!

Remember, whenever you place an order from B.C.-based publisher New Society Publishers after clicking on a link from the Village Vancouver website or this newsletter, 15% of your purchase will be donated to Village Vancouver! 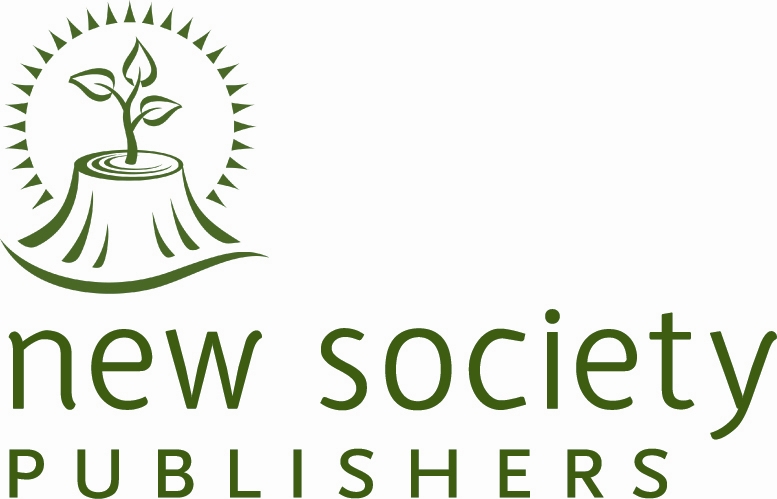